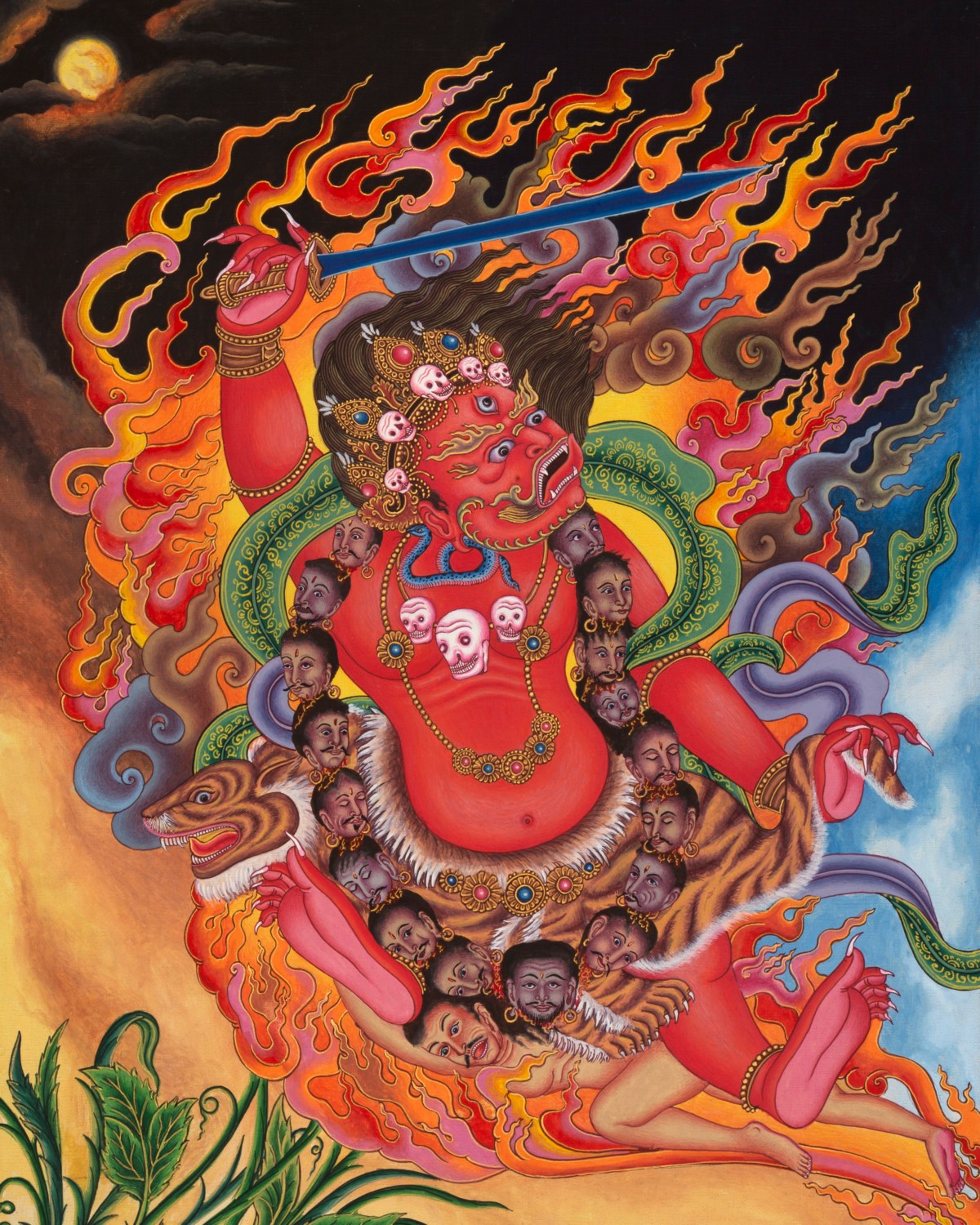 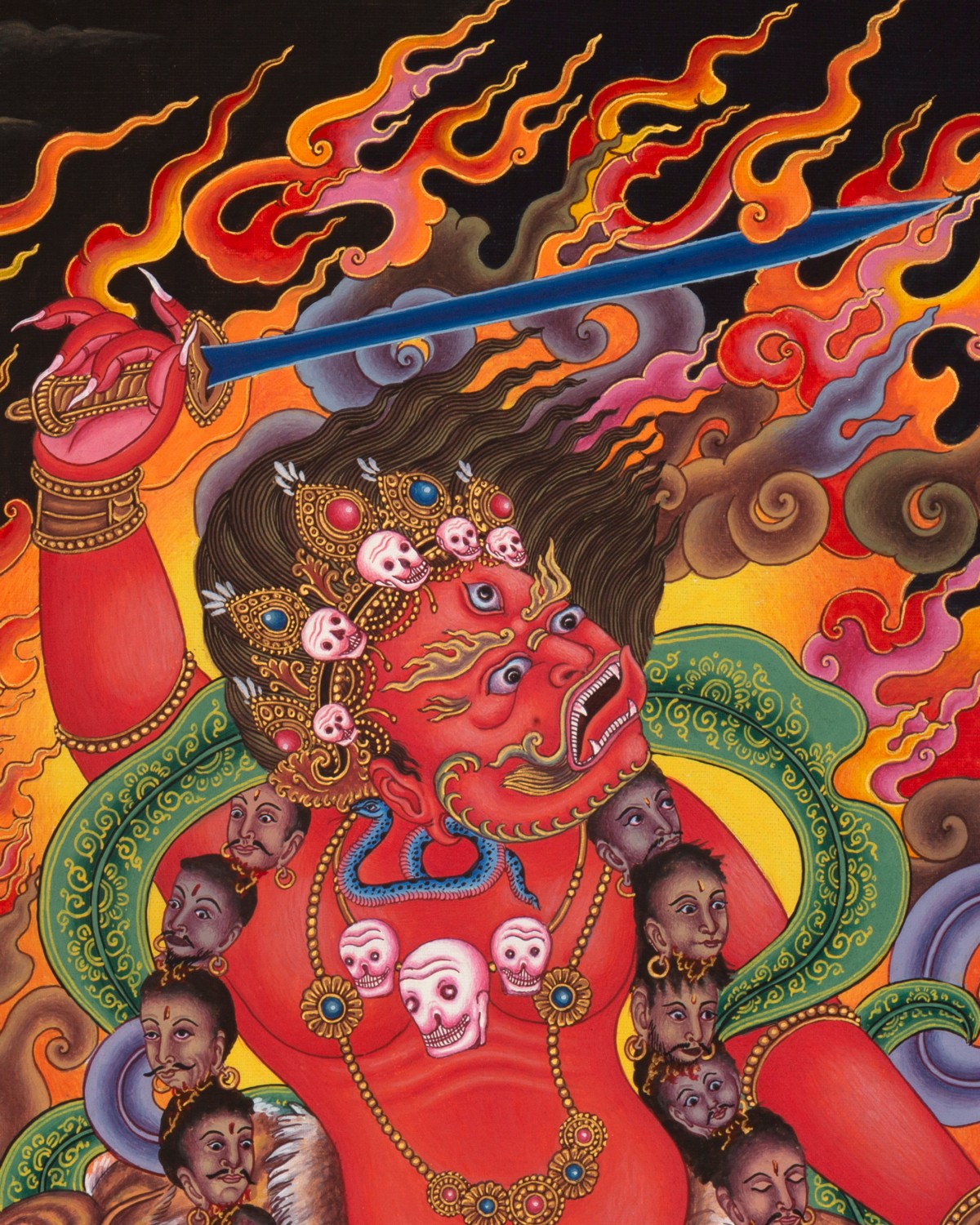 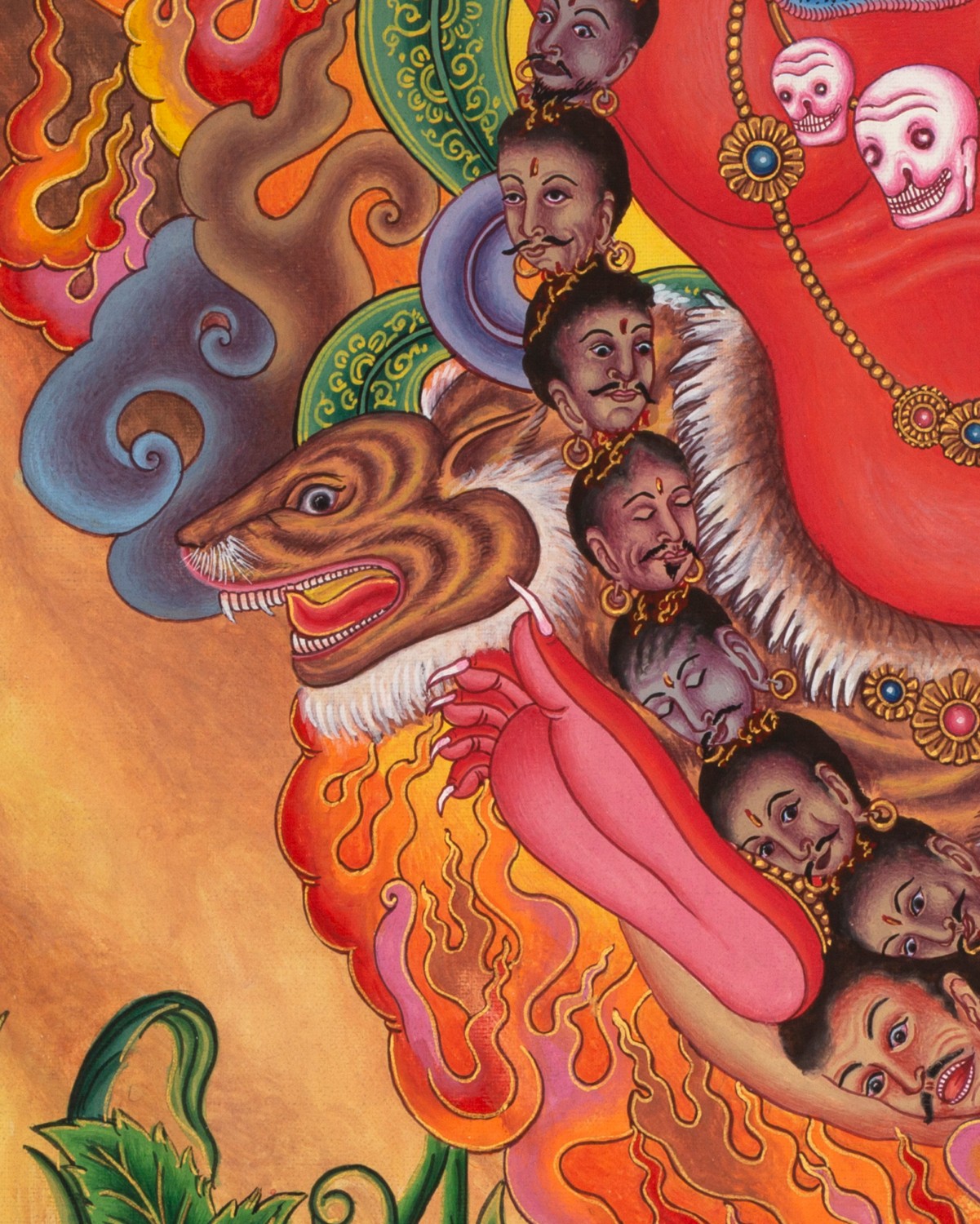 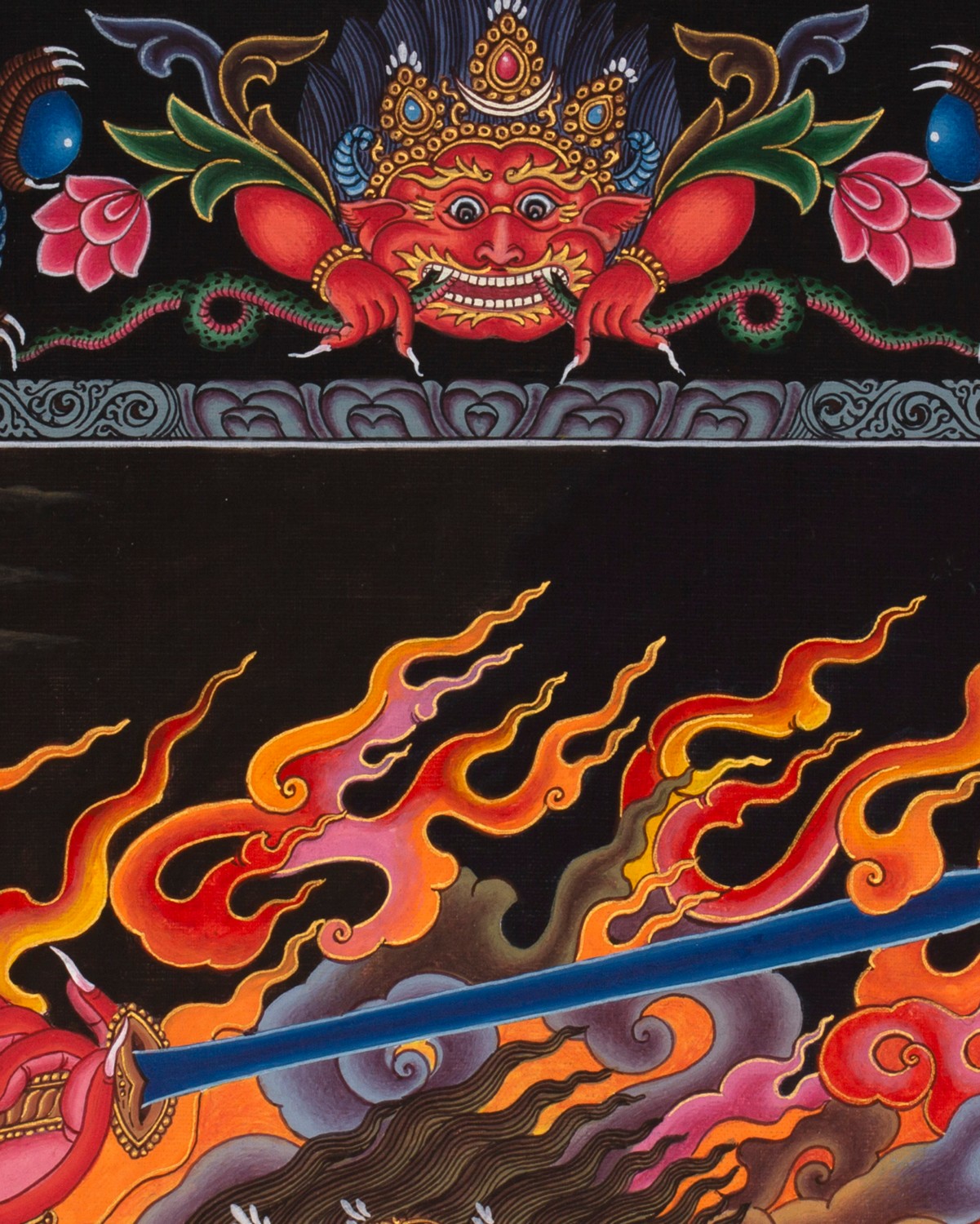 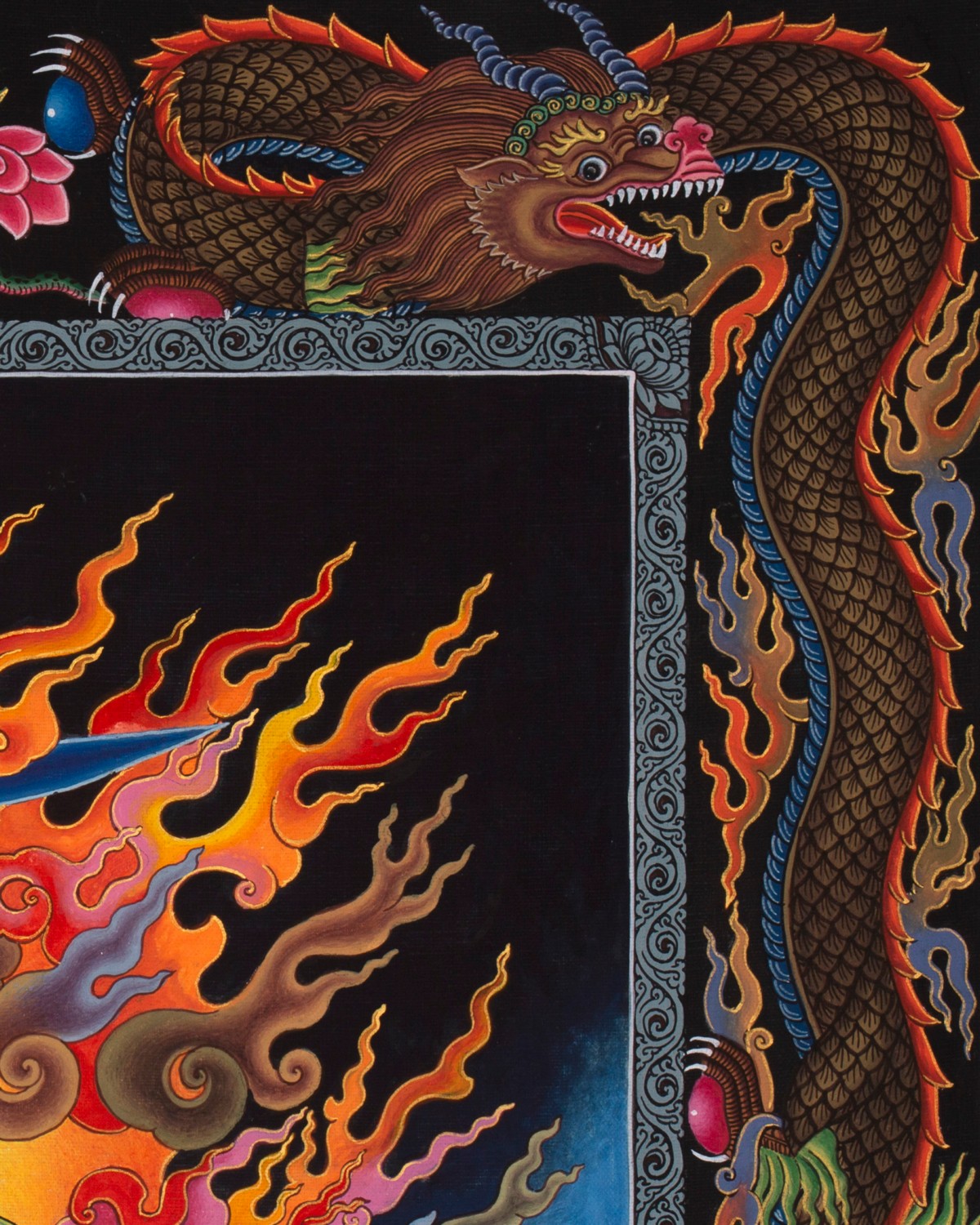 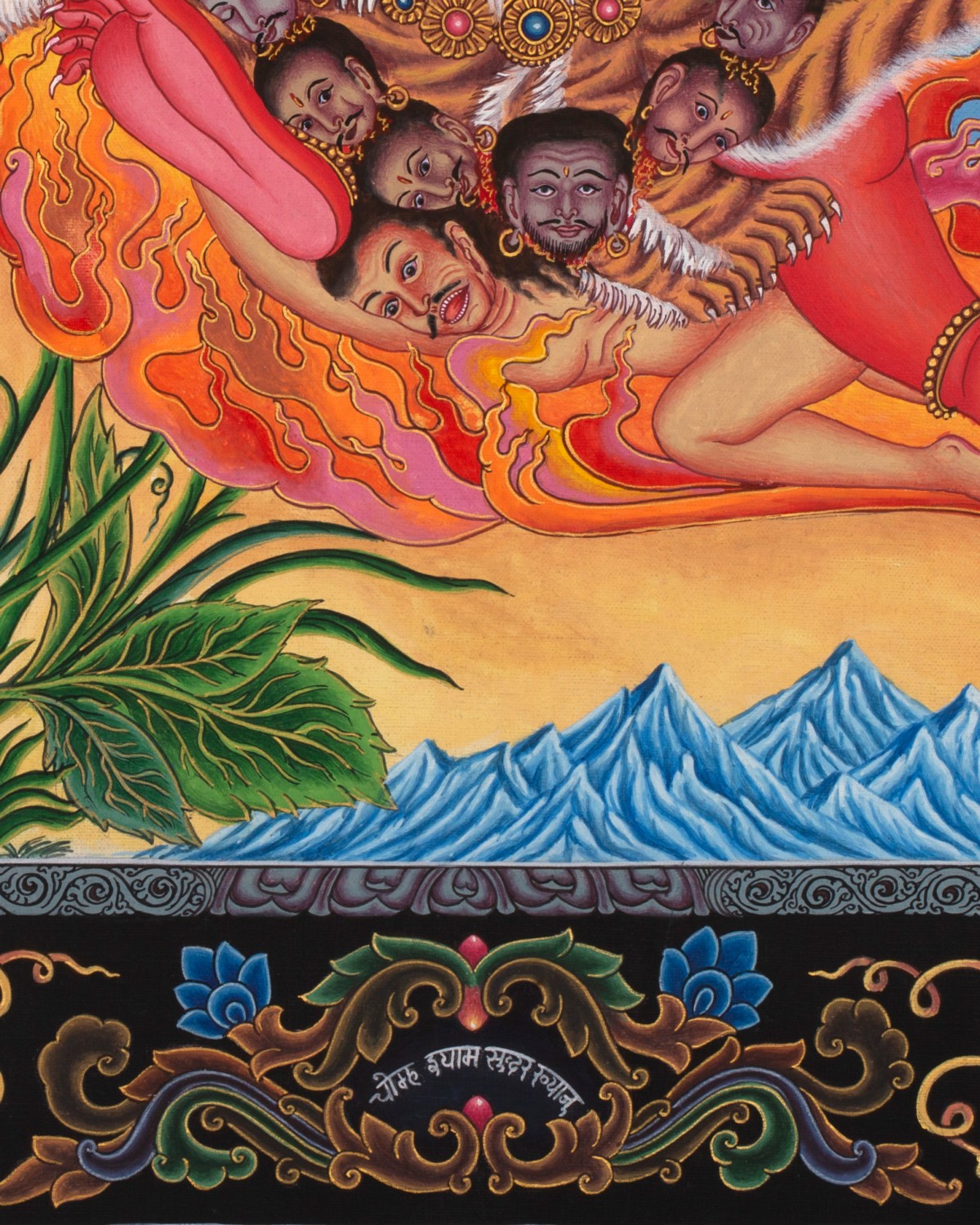 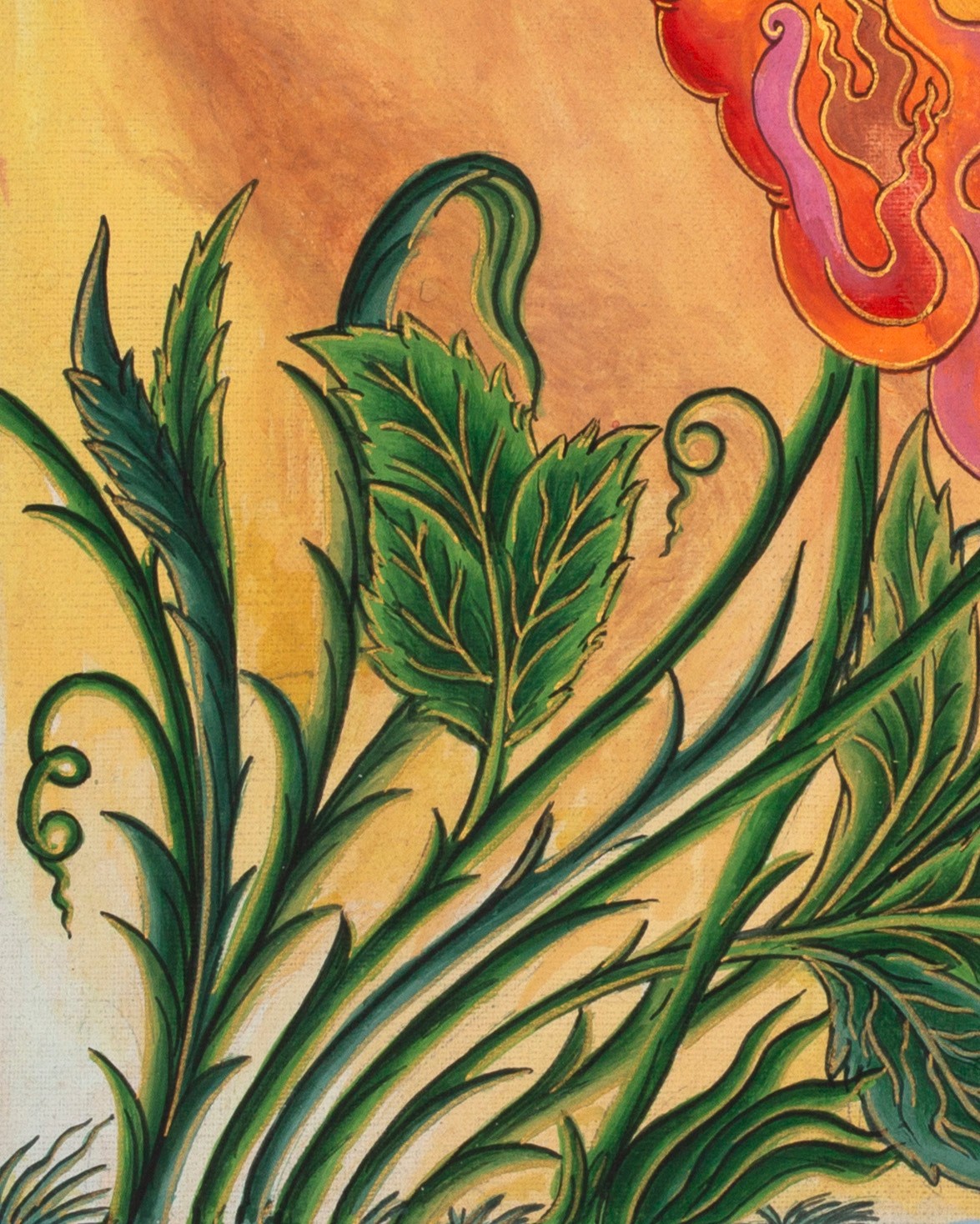 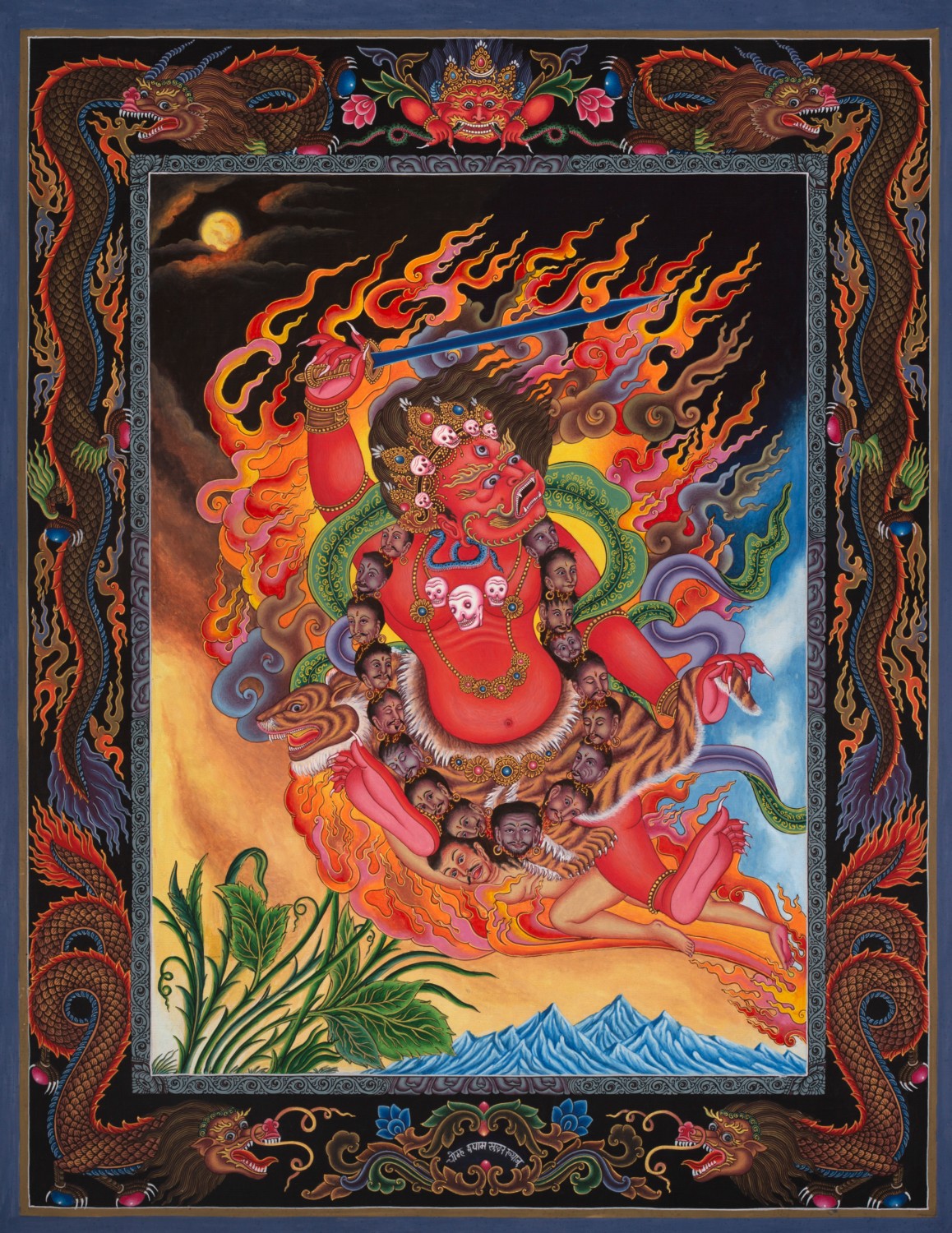 Red Bhairava Mahakala looks wrathful and is bedecked with serpents. He wears a garland of severed heads and a crown of five skulls , which represents five poisons of delusions namely lust , hatred , ignorance , pride and jealousy transformed into the wisdom of five Buddhas . His right hand holds a kartri symbolizing that he has cut off the ego , clinging , and attachment .He also wears a tiger skin symbolizing the purification of desires . He has three eyes symbolizing his clear comprehension of Three times . He looks ferocious against a background of blazing fire .