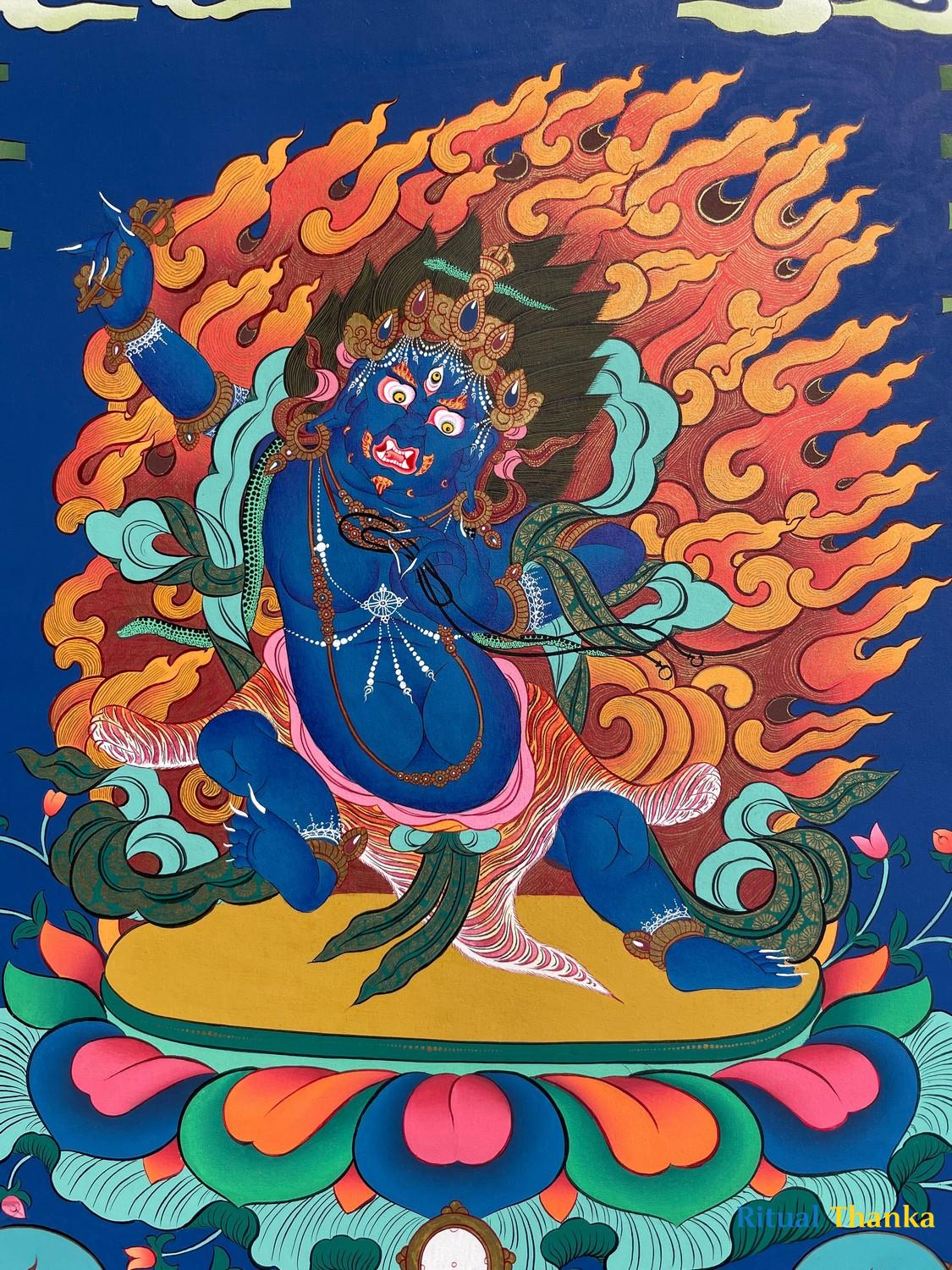 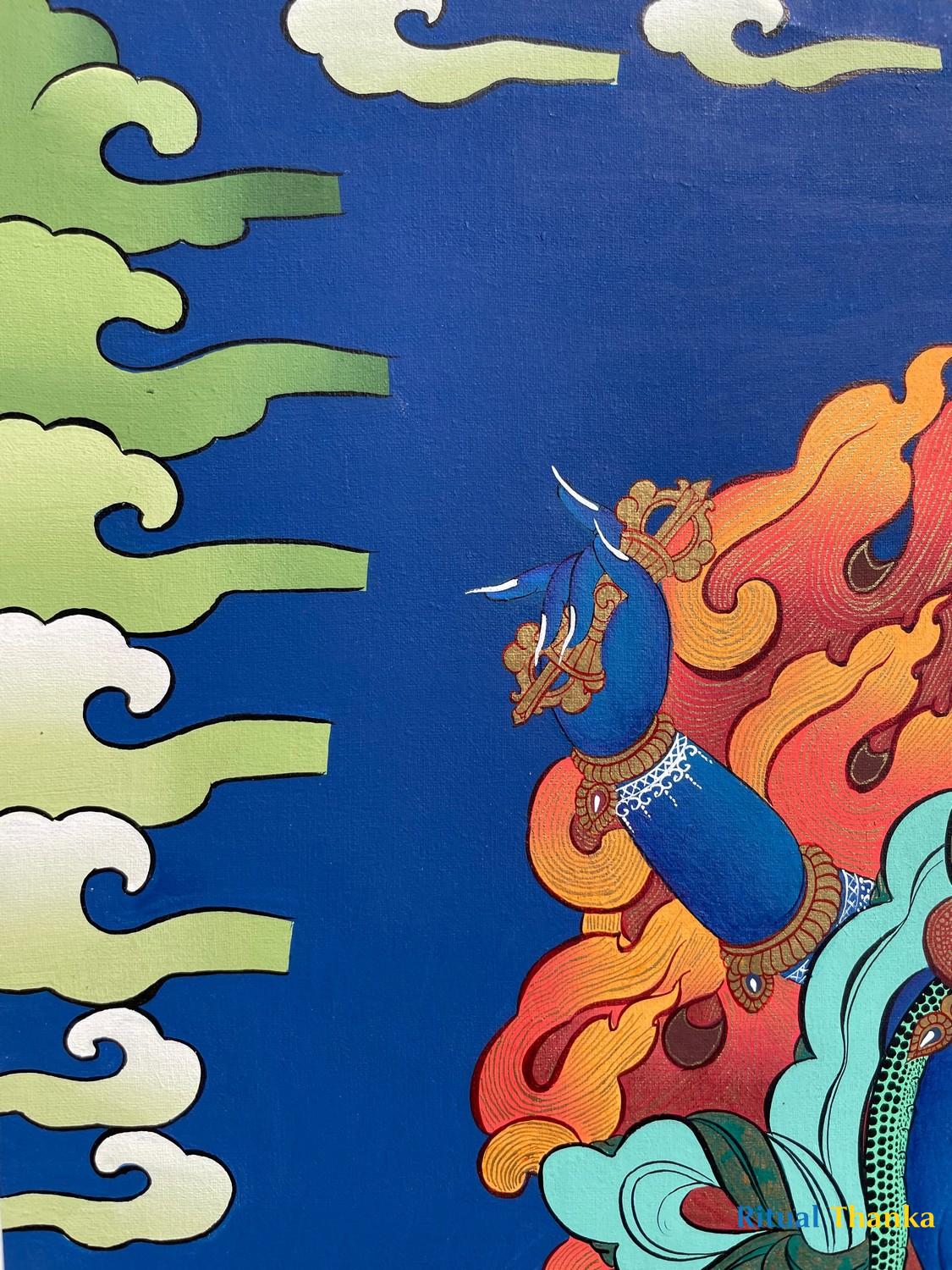 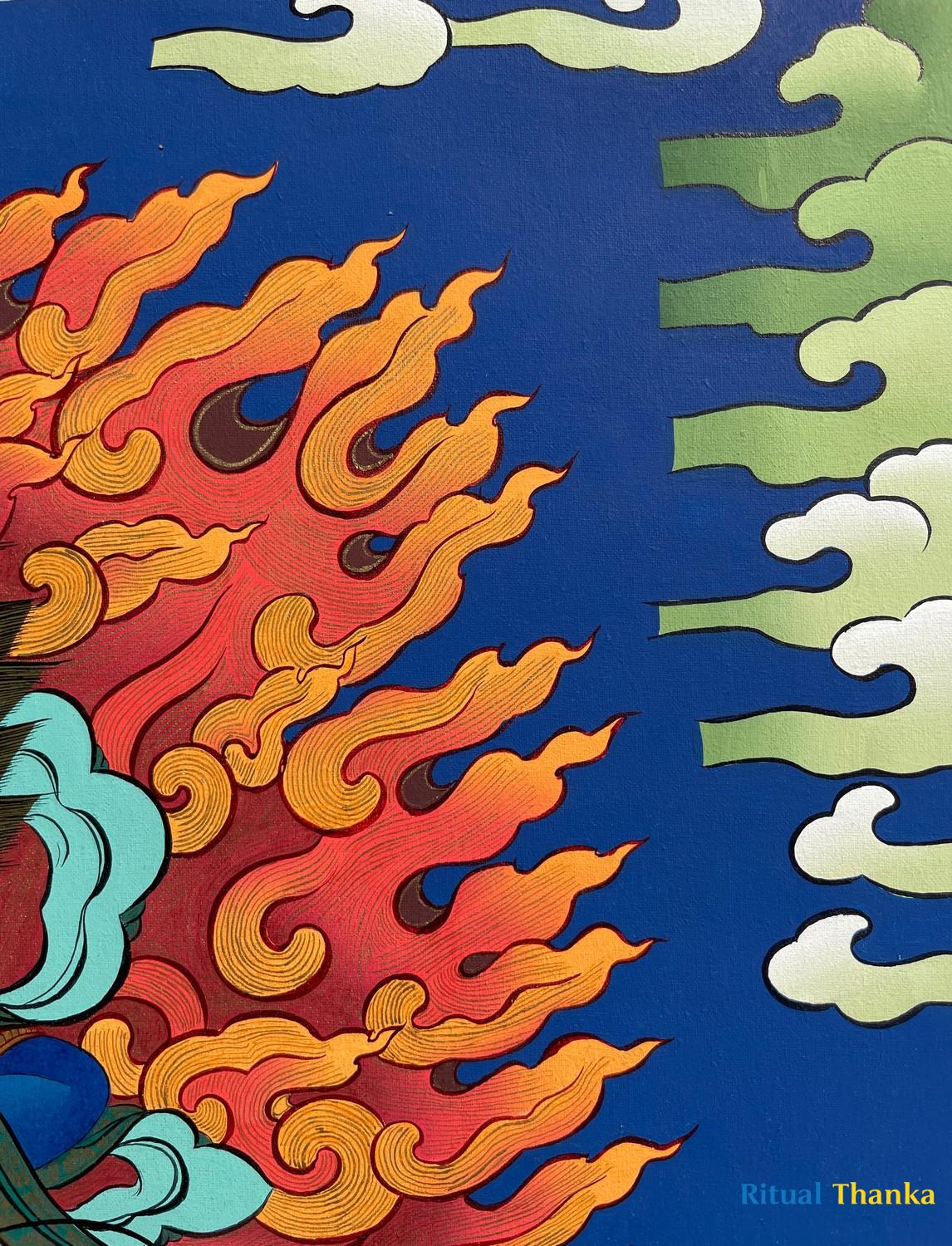 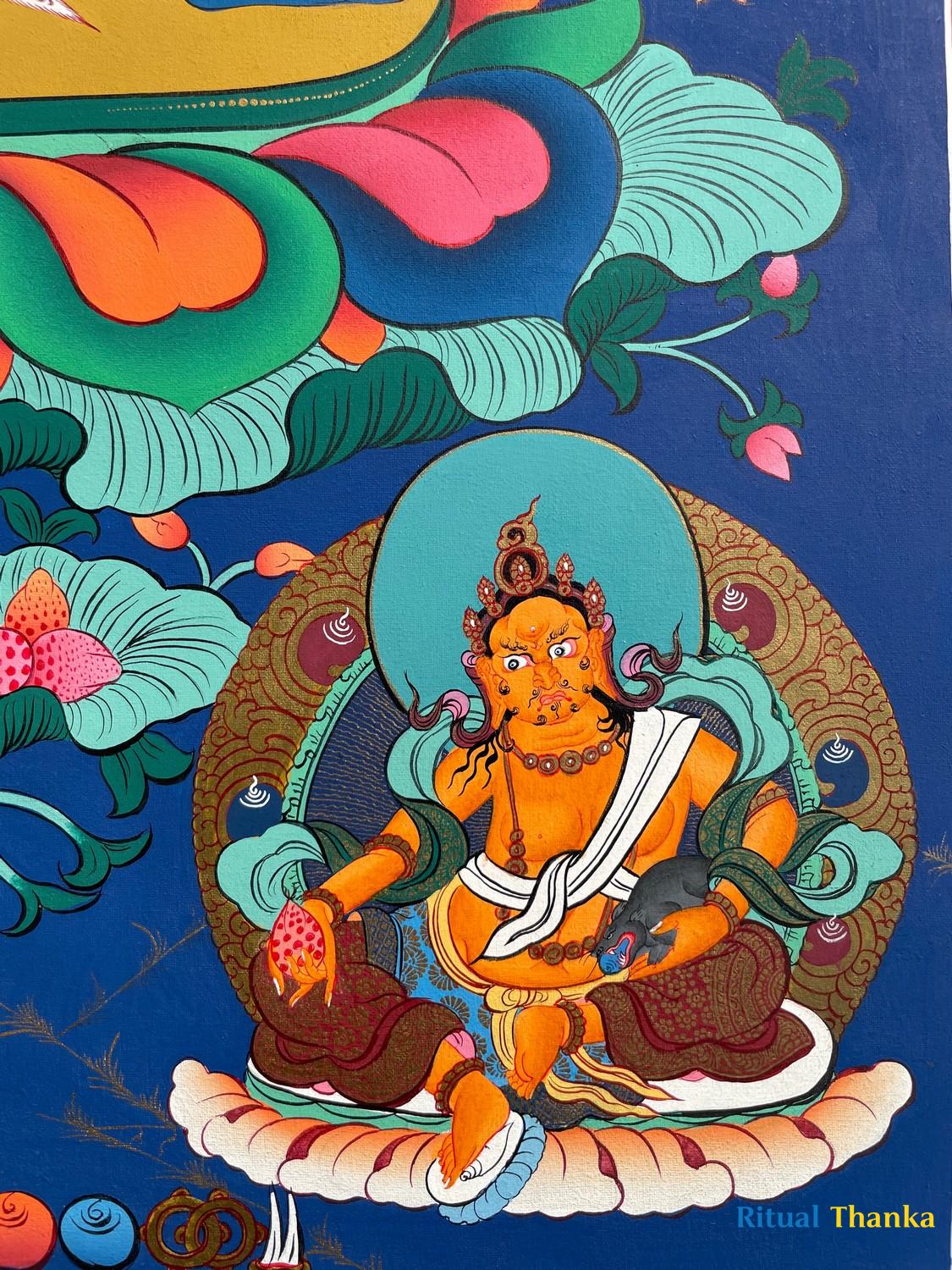 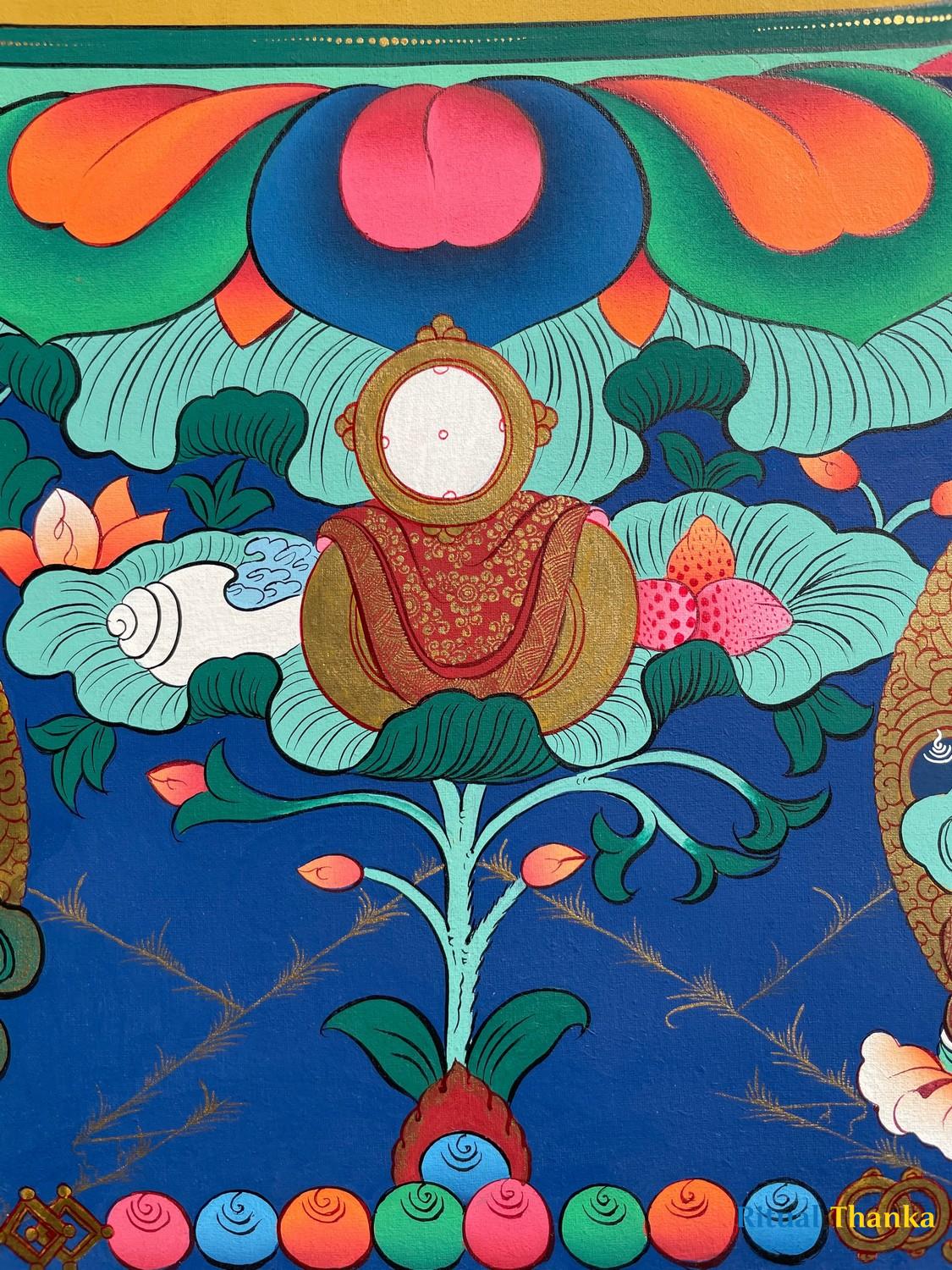 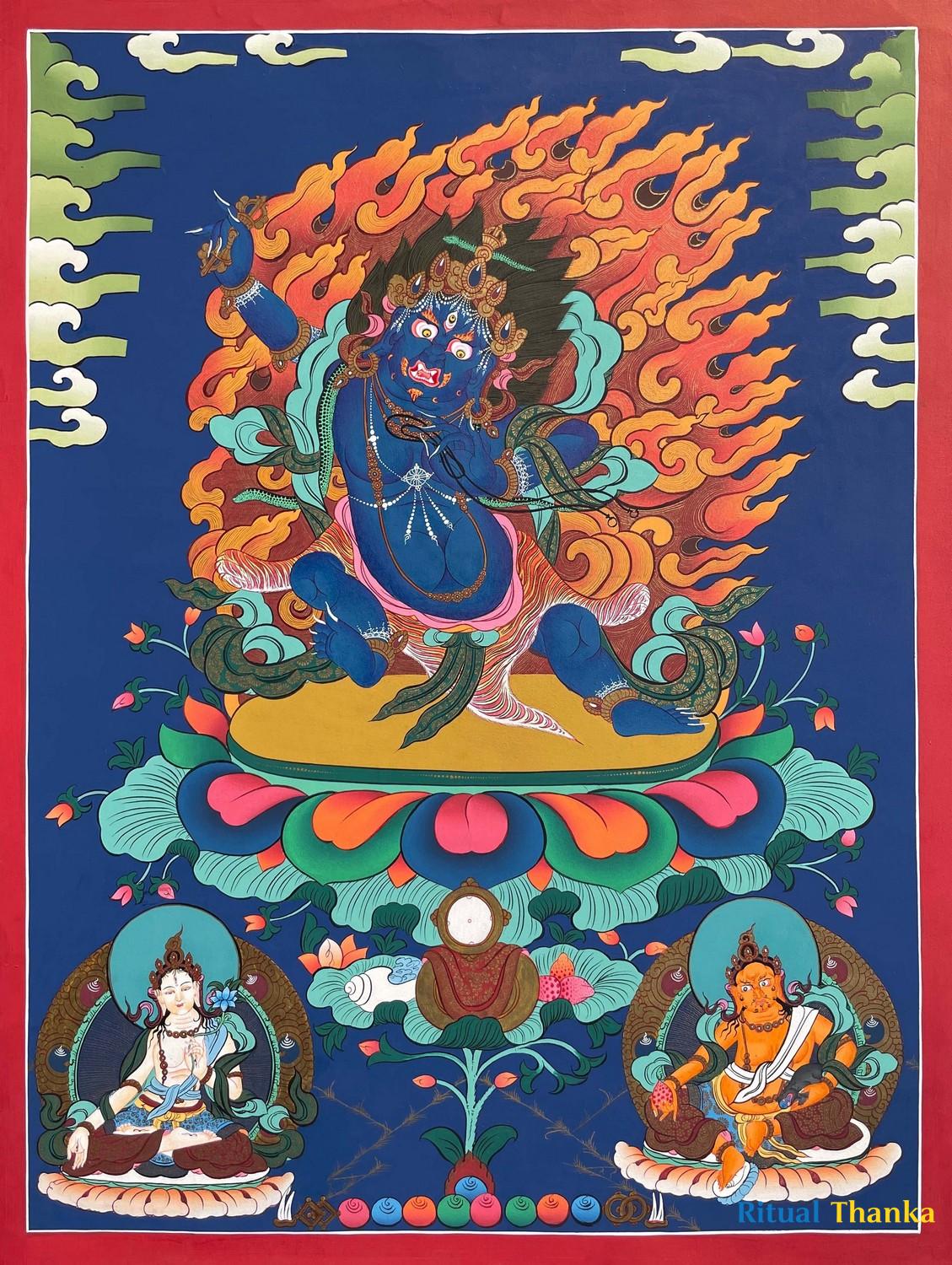 Vajrapani is the embodiment of The Buddha's infinite power and is always represented in wrathful form. He is shown here in standing position. He wears a tiger skin, wrapped around in his waist symbolizing fearlessness and his hands display the threatening mudran or in other works his hands are in threatening posture .He holds a vajra a or the symbol of indestuctibility in his right hand and is adorned with a garland of snakes, the  embodiment of anger, which he transforms, by the force of his great compassion. He has a third eye of wisdom in the centre of his forehead and wears a crown of five skulls symbolizing his mastery of five wisdom of Buddhas and  a vajra is embedded on its topknot symbolizing his affiliation with the Vajrayana lineage.

Vajrapani is Blue in color and is worshipped for protection and strength and fearlerssness.